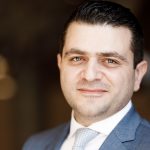 Extreme, the invigorating alcoholic drink that delivers a distinctive apple ale taste and natural kick from guarana, is levelling up the positive energy with Extreme Bula Sekele’s collab partnership with creative entrepreneur, Thobile kaNjinji Ntuli, to produce customised Extreme sneakers, to be featured in the second season of the national dance competition as it now moves to the final stages, where Mzansi’s hottest undiscovered dance talent will battle for two top spots to jiva to their future.

Season 2 of Bula Sekele officially kicked off on 3 October 2022 by inviting aspiring dancers across South Africa to enter by uploading a 1-minute solo dance clip via WhatsApp. With entries now officially closed, it’s up to the judges to select finalists from the incredible audition clips submitted by SA’s talented dancers.

“We’ve always believed that dance in South Africa can generate the positive energy needed to change people’s lives in a fundamental way, and the momentum behind Bula Sekele is testament to that. We can literally feel the energy!”

When launching the second season of Bula Sekele, we teamed up with respected hip-hop star and dancer Phantom Steeze, as well as MustBeDubz and Ms Cosmo, both popular DJs and musicians to help drive awareness for the campaign.

They’re joined by an experienced panel of judges, including professional dancer Shelley Nicole Christians and the esteemed Sbonakaliso Ndaba, the head of Extreme’s NPC dance partnership with SboNdaba Dance. All live events will be hosted by popular MC, Smash Afrika.

The positive energy is expanded into the community through the collab partnership with creative entrepreneur, Thobile kaNjinji Ntuli, to produce customised Extreme sneakers (sure to turn heads wherever they go).

A self-taught artist from Maboneng, Johannesburg, Thobile started painting sneakers to create an income and is now able to support her family by working on commissions from brands and individuals with an eye for locally inspired fashion.

This collaboration perfectly complements the Extreme Bula Sekele initiative as it inspires creativity, demonstrates positive energy, and what it means to make things happen for yourself.

They believe that Thobile’s one-of-a-kind sneakers will remind winners to push their creativity even further as they spread positivity through dance beyond this campaign, and with every move they make in their new pair of customised kicks.

Only the best dancers who entered for Extreme Bula Sekele will advance to the Regional Finals, happening in Gauteng on Saturday, 19 November, at Makubenjalo in Soweto and in KwaZulu-Natal on Saturday, 26 November, at Nsimbini.

Finalists will then head to Gravity Lifestyle in Gauteng on Saturday, 3 December, where the two winners will be crowned as the Extreme Moovahs of Bula Sekele Season 2 at the National Finals event and win a R150,000 prize.

Extreme supports responsible drinking. Alcohol Not for Persons under the age of 18 years.

Employees in SA say that robots should be used