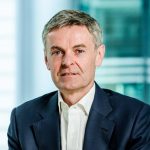 It’s called the rainbow nation for good reason – South Africa is a country filled with so much cultural diversity and beauty. It’s home to one of the world’s Seven Wonders of Nature, Table mountain, breathtaking scenery, wildlife, and adventure, but at the heart of this nation are its resilient people.

There are countless inspiring stories of people who have overcome all odds, entrepreneurs setting trends, and innovators breaking the norm. It is a country where the spirit of ubuntu is very much alive. South Africans are determined to make this country a better place and a brand-new online multimedia news platform is here to share their stories.

As of 24 November 2022, two prominent South African broadcast journalists join forces to highlight the positive side of our country with the launch of Feel SA. The online multimedia news platform and content production service specialises in putting positive news first and is the brainchild of household names Shahan Ramkissoon and Tanya Nefdt. The news service aims to highlight all things admirable about our beautiful nation through compelling storytelling that inspires and elevates its citizens to the rest of the world.

With integrity and strategic thinking, Ramkissoon brings a wealth of knowledge and experience to Feel SA. Viewers trust him for his straightforward approach and hard-hitting interview style, particularly when it comes to politicians.

About the new venture, Ramkissoon says:

“As journalists, we have a responsibility to hold our leaders accountable and stand firm when it comes to protecting our democratic rights. I did that without fear or favour for 17 years. It is time to change my story and focus on the good that’s being done in our beautiful country. www.feelsa.co.za will give South Africans the balance necessary when it comes to accessing the news. There’s a lot of incredible work being done by people and businesses. We will tell those stories and be proud of them.”

Feel SA’s offerings will be significantly enhanced by Nefdt’s energetic, charismatic presence as a media personality. As a journalism and broadcasting veteran, Nefdt says she is excited to produce human interest stories about real people.

“We want to highlight stories that foster goodwill and enrich the lives of South Africans. There is so much good to share about our country and its people, but it gets drowned out in the sea of negativity prevalent today,”

With highly skilled camera crews, hosts, scriptwriters, and post-production editors, Feel SA brings bespoke content to South Africans to make an impact and help effect positive change. Negative news stories can contain many positive stories but tend to be overlooked. Taking constructive action is the only way to move the needle of progress forward. Feel SA’s mission is to inspire people to focus on solutions and to recognise those who see the world positively.

After a successful and reputable journalistic career spanning over 18 years and across three continents, Shahan Ramkissoon brings a wealth of knowledge and experience, coupled with integrity and strategic thinking, to the Feel SA table.

Having worked in New York, London, and South Africa, where over the most recent years, he became one of the most notable Prime-Time news anchors on eNCA, Shahan is a trusted voice in news. He is known for his no-nonsense approach and hard-hitting interview style, particularly with politicians.

With a diploma in Journalism from the Durban University of Technology, Shahan built up his journalistic experience at SABC News and eNCA, as well as Arise News in London and New York. In addition to co-leading the charge at Feel SA and acting as one of the head journalists, he can also be caught on air with the latest headlines on Primedia radio stations.

Tanya has worked exceptionally hard in the industry to establish a respected name for herself, and her storytelling is familiar to many households.

Her career path led her from being a weather anchor to anchoring Prime Time news. She ultimately became one of South Africa’s leading Human Interest Journalists, where she delivered and analysed numerous news reports, including major World Cup events in 2010. A few notable people Tanya has interviewed include Oprah Winfrey and Richard Branson.

In 2014, Tanya was the only journalist from the channel selected to cover the build-up to and festivities of the Brazil World Cup 2014 under the brief “Brazil Uncovered”. She was responsible for the overall content, from story ideas to sourcing contacts.

Interview with Nkgabiseng Motau who is the founder of MilQ