“I spent most of my professional life in the arts and entertainment sector, so I am looking forward to being a part of an organisation that is central to and impactful" - Annabell Lebethe 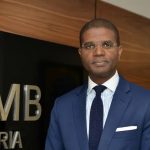 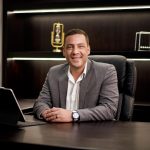 The Southern African Music Rights Organisation (SAMRO) is pleased to announce the appointment of Annabell Lebethe as its new Chief Executive Officer (CEO), who will step into the role on 1 January 2023.

Lebethe was appointed following a long and exhaustive search by the SAMRO board, says SAMRO Chairperson Nicholas Maweni, adding that the organisation is confident that she possesses the right qualities and experience to lead it into the future.

Prior to this, she served as CEO of Ditsong Museums of South Africa, a group of eight museums that falls under the Department of Sport, Arts and Culture.

She also previously held the position of interim CEO of the Performing Arts Centre of the Free State, CEO of the Market Theatre Foundation and CEO of the National Arts Council, in addition to several other leadership roles during her career.

She will replace outgoing CEO Mark Rosin, who was appointed as CEO and turnaround strategist in February 2020 and was mandated with turning the organisation around.

Maweni has thanked Rosin for his immense efforts and contribution and wishes him well in his future endeavours.

“Mark and the board of SAMRO have done an excellent job during his tenure, placing SAMRO firmly on the road to success and creating a foundation on which future success can be built,”

Additionally, under Rosin’s leadership and the current Board’s tenure, SAMRO had successfully managed to improve its relationship and the understanding of SAMRO’s mandate among its stakeholders.

Maweni adds that it was no easy task to find a suitable candidate to take over from Rosin, with the board going through a very rigorous process to find the best candidate that will ultimately act as an implementer and take SAMRO to the next level.

“As Annabell takes over the reins, we are satisfied that SAMRO is now firmly positioned to create more value for the creators and users of music. The organisation has a solid foundation for achieving its long-term goals, most notably to reach R1 billion in revenue target by 2025,”

“SAMRO has already achieved the enviable distinction of being recognised as the leading collective management organisation (CMO) in Africa. We want to use our solid foundation to build further success and thus cement our position as the best CMO in the region.”

Maweni notes that one of SAMRO’s immediate goals is to work towards entrenching its position as a member-centric organisation that prioritises the interests and concerns of its members, ensuring that music creators are compensated fairly for their work.

Commenting on her appointment, Lebethe says:

“I spent most of my professional life in the arts and entertainment sector, so I am looking forward to being a part of an organisation that is central to and impactful on the careers of composers in our country. “SAMRO is essentially part of the lifeblood that keeps the creativity of our composers alive, allowing them to add to the already-rich heritage of South Africa.”

Driving transformation
Notwithstanding the fact that the majority of SAMRO members are men, Maweni points out that the SAMRO board took a bold step in advancing the transformation agenda by appointing a capable woman to lead the organisation.

“Appointing a female CEO speaks to the fact that SAMRO is serious about driving its transformation agenda and the move is also in line with SAMRO’s continuous efforts to empower women, not only within the South African music industry, but in society as a whole,”

However, Maweni emphasises that the board took the decision to hire Lebethe not only based on gender, but also on the fact that she is the best candidate for the job, having the right skills, experience and proven track record as a leader.

“We can be confident that we are now on the path to a better future, as Annabell brings with her a wealth of experience and skills, not just as a leader, but also as someone who has spent most of her career in the creative sector and can thus leverage her vast expertise to lead SAMRO into the future,”