When AKA presented his demo to Benza and asked for his help, Benza gave it a listen and immediately recognised his unique talent 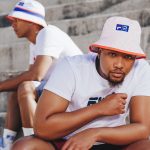 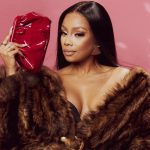 Raphael Benza on how to make money in the music business

In the pantheon of South Africa’s vibrant entertainment and urban culture scene, few have come to play as definitive a role in driving it forward as Raphael Benza. His track record – spanning over 15 years operating at the top tier of showbiz – is the model of consistency in an industry that has such a rapid turnover rate. Since founding the boutique full service music entertainment agency Vth Season in 2011, Benza has gone on to assemble a formidable stable of artists and other talent, not least one of the continent’s most esteemed rappers, AKA.

Benza’s journey to the top started when, as an eager nine-year-old in Liberia, he successfully planned and organised his older brother’s birthday party. During his formative years in Minnesota and Brooklyn, New York, he’d go on to display his ability for pulling the strings behind the scenes and over time establish a reputation as one of the key young voices working within urban culture and music. After solidifying his reputation in New York as the foremost curator of the African entertainment scene over the coming years, Benza migrated to South Africa in 2001.

Here he dabbled in the live entertainment scene for several years, in the process organising live concerts that brought major international acts such as Black Thought from The Roots, John Legend, Lauryn Hill, Ashanti and Dead Prez to South Africa. Then in 2010 he founded Urban Weapons, a below-the-line marketing company which he used to orchestrate marketing campaigns for major urban brands such as Jameson, Smirnoff and MTV. Then Benza met a promising young rapper named AKA. When AKA presented his demo to Benza and asked for his help, Benza gave it a listen and immediately recognised his unique talent, subsequently agreeing to help him secure a record deal.

After several record labels passed on this opportunity, Benza decided to manage AKA himself and proceeded to completely remodel his business into the mould of an independent record label. His faith and vision would pay off over the years as AKA soared to the top of the charts and consistently maintained his place as one of SA’s top musical acts. Now home to a growing and diverse roster of recording artists, writers and producers – including BigStar, Berita and award-winning pop sensation Tresor – Vth Season has since become the marquee independent hub for artists in SA, garnering an incredible hit rate and numerous awards along the way.

In this line of business, where he constantly deals with superstars and the organising and managing of events, maintaining stability and dealing with the issues (big and small) that present themselves along the way is no easy task. Benza’s calmness and nurturing persona are what’s kept him going consistently over the years. Thanks in part to his travels and his upbringing in different places around the world, there’s an open-mindedness and diversity inherent in the perspective with which he approaches business. His isn’t just a South African perspective, it’s a global one. And so it’s only fitting that he’s taking Africa to the world.