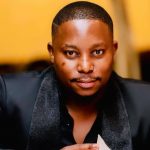 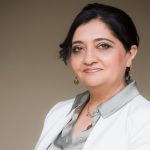 On 12 October, NBCUniversal International Networks & Direct-To-Consumer and DStv hosted an event at TANG Restaurant in Johannesburg, in celebration of Universal+ launch across Africa this past Friday 14 October.

From must-watch dramas to the very best reality series, Universal+ – which is also available in Spain, Brazil, Latin America and India – boasts a huge selection of full boxsets to binge, new shows and movies from popular linear channels Universal TV, E!, DreamWorks, Studio Universal and Telemundo – all in one convenient place.

DStv subscribers will be able to stream thousands of hours of compelling entertainment at no extra cost by visiting Catch Up on the DStv App or connected Explora and selecting Universal+.

“We’re thrilled to launch Universal+ with our long-standing partner DStv, giving their customers a brand-new way to enjoy a vastly expanded catalogue of our best content,”

“From Friday 14 October, the incredible line-up of entertainment available to DStv customers ranges from award-winning original production Celebrity Game Night – which shortly goes back into production for a fourth season – to gripping dramas and Hollywood blockbusters. And, it’s all at no extra cost to a subscription.”