“I am thrilled to be nominated alongside my team. We work very hard, such moments motivate us to work even harder" - Anele Mdoda 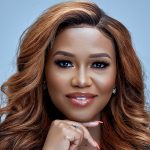 The Queen of radio Anele Mdoda is back and together with her 947 Breakfast team! The show airs Monday to Friday from 06:00 am-09:00 am with Anele, Frankie Du Toit, Thembekile Mrototo, and Cindy Poluta.

After her hiatus, touring the U.S, Anele is back reclaiming her throne. Among the nominations is the Noxolo Grootboom interview special, when the veteran Newsreader retired.

The special hosted at 947’s Montecasino studios saw Mdoda move Grootboom to tears with a very moving tribute for her contribution to the media industry.

This award-winning radio maven and her show are nominated for 10 awards at this year’s Radio Awards. Mdoda hosts the show alongside Frankie whom she co-owns a successful production company, Rose and Oaks with.

Their company has produced a number of shows including The Buzz – a talk show by Anele as well as LUDIK that has cracked the top ten internationally on Netflix.

“I am thrilled to be nominated alongside my team. We work very hard, such moments motivate us to work even harder and have fun while we are at it. Honouring Mam’ Noxolo was a big deal for me, I grew up watching her on TV with my parents, she has been a huge inspiration to not only me but millions of black women. To have that special interview nominated is even more incredible.”

●     The Best Promotions or stunt- Anele and the Club Smoothie Campaign

●     The Best Radio Innovation- Anele and the Club 947: Frankie Thombela

The entries were adjudicated by a panel of 37 judges and reviewed by BDO South Africa, the official auditors of the Radio Awards.

Entries for this year’s awards were required to be broadcast on FM or AM, (and there is an internet radio category) between 1 January 2021 and 31 March 2022. 89 awards will be presented during the Radio Awards ceremony on 26 November 2022 in Parktown, Johannesburg and tickets will be available from 22 September.

Samke Mhlongo is an acclaimed wellness coach and TV star