“One of my career highlights is launching MiWay Blink and being appointed as the second employee before we even had a name,” - Keletso Mpisane 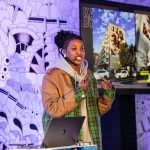 Insurance giant MiWay has appointed a new Head for its fully digital motor insurance division, MiWay Blink. Keletso Mpisane has been promoted to the position after serving as the digital-only offering’s Senior Manager: Digital Lead (Product & Project) since its inception, a year ago, where she directed and organised its implementation and launch.

The message from the insurer is clear – continuity is still important, and elevating a senior manager to the top position resoundingly speaks to this.

Mpisane has pretty much seen all the cogs turn the wheel to get the company in motion over the last year, turning the ‘pay-as-you-drive’ offering into a force to be reckoned with within its market.

This is an achievement she is proud of.

“One of my career highlights is launching MiWay Blink and being appointed as the second employee before we even had a name,”

Mpisane, who holds a BCom: Honours in Information Systems from the University of Witwatersrand, is carving her own path and trail blazing in a territory usually dominated by men.

However, she was not new to the insurance business when she joined the mother company six years ago as a Product Owner for COO & CIO Initiatives, having cut her teeth elsewhere in the industry before.

As the saying goes, ‘From little acorns mighty oaks grow’. It’s without doubt that she showed leadership qualities from a young age, having been deputy head girl in both primary and high school, respectively.

This was an introduction to a leadership path that eventually led her to much bigger positions later on in her professional career.

“As a strategic thinker and collaborative individual, I think solutions are easy to find when we’re open to seeing the opportunities that problems present. As a leader, I seek the magic that people carry and give it room to flourish; after all, it’s in our authenticity that we are able to build the society we long to see.“

She is now a member of MiWay’s Management Committee (Manco), and is part of the brains trust that is responsible for seeking new and ingenious ways to elevate the insurance giant further.