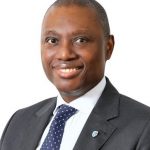 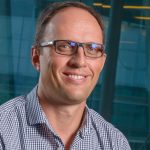 The Synchronisation Licensing and Brands division operates two portfolios synchronously, the first being that of the custodian of its musician’s intellectual property and the second being that of brand strategy.

As Head of Brand Strategy Thembi Mpungose-Niklas’s primary driver is providing creative avenues of economic sustainability for artists synchronously offering great value to brands. While Thembi maintains that branding is not always about the money she is cognizant that big money pursues those who manage the occupation with much sensitivity. Association, alignment, and collaboration are key aspects of branding which at times are fumbled completely thus, the formation of genuine relationships with brands Thembi believes produces good work and ethics.

“I always have in mind two things where brand strategy is concerned: the first being, what is the ROI for my client or brand and the other being, what do the brands really want? If we can truly comprehend the needs of a brand’s supply chain in its entirety – from the bottom up – and move from that premise. I believe, that is what distinguishes us as a business and unit within Warner.

“What propels me every day is the idea of shifting and shaping the African Music landscape so we can finally have a good, truthful and successful story about Major Record labels in Africa and proudly own it in alignment with Temi, who to me, represents possibilities for women who are and look like me in this industry.”

The division’s current successes extend to that of Rouge’s partnership with Jägermeister which sponsored the She Writing Camp. She Writing Camp is an all-female rap song writing camp that functions as an educational space, with sessions focused on empowerment, a mentoring scheme, and keynote talks from leading female executives within the industry that took part in Germany.

If one were to engage in synchronization licensing discourse within the bounds of South Africa, it would be a disservice not to mention Thembi Mpungose-Niklas as the two are synonymous. As someone who studied law yet chose to forgo admission, the idea of working in a corporate structure was a more captivating avenue. Unbeknownst to her, the next positions she would undertake fashioned the perfect composite to head Sync Licensing at two major record labels in South Africa, years later.

Thembi assumed multiple positions at various firms as a compliance analyst succeeding in the completion of her articles at her family’s law practice. Subsequent to this her association to cherry-picked brands thereafter, would reflect well on her resume even as she adopted positions that appeared regressive in comparison to her qualifications.

In the year 2017 Thembi found herself in the music industry, however, became disillusioned by the inherent structures therein, the music industry then as well as in the contemporary world boasts heavy reliance on long-standing relationships. Her encounter with sync licensing nevertheless changed her reality in that the assignment itself had no prerequisite for said relationships. With a fresh perspective, keenness for business, and a tinge of naivety within the music space, Thembi single-handedly found a market that was untapped in non-recorded income streams. Creating and becoming head of division at Universal Music Group Africa while simultaneously managing her tasks as a legal assistant ,later legal coordinator and and then legal manager for the UMG’s Nigerian business, made multitasking a prerequisite.

Thembi’s first year of the undertaking grossed approximately R3 million in revenue and achieved and surpassed a target of R6 million the following year. She attributes her rapid success within the licensing sphere to her brevity and naivety at the time and as a young black woman in corporate that brevity required incessant perseverance. Her approach unhindered evoked many rulemakings and or rule-breaking; an aspect that fascinated her most about licensing. Thembi has since become the Head of Licensing and Brand Strategy at Warner Music Africa of course, a natural transition from all positions prior.

Standard Bank Voted ‘African Bank of the Year’ for 2022