"At Vodacom, standing up against this societal ill is demonstrated by our own internal policies" - Takalani Netshitenzhe 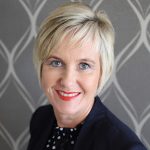 As part of Vodacom’s ongoing commitment to tackle the scourge of gender-based violence (GBV) in South Africa, the technology company has amended its domestic violence policy first launched in March 2019 to be more robust. The new amendments  reflect Vodacom’s work across the country to promote gender equality and provide support to GBV survivors.

“South Africa has one of the highest rates of GBV in the world. At Vodacom, standing up against this societal ill is demonstrated by our own internal policies. In 2019, we introduced a global domestic violence policy to support employees affected by GBV. We are now stepping up our efforts to prevent and put an end to violence of any kind, both in and out of the workplace, while protecting employees and bringing GBV perpetrators to task. This reinforces our fight against GBV in this country,”

Findings from the Domestic Violence and the Workplace report by Vodafone Group, released during 16 Days of Activism for No Violence against Women and Children last year, revealed that in South Africa, 45% of workers say they have experienced domestic abuse from a current or past partner. The survey also showed that 1 in 5 were working in the same workplace as the abusive person, 1 in 6 said the abusive person stalked or harassed them near their workplace, or came to their workplace, and 14% said the abusive person went so far as to contact their co-workers about them.

To address the staggering statistics of GBV in the country, Vodacom’s  amendments of its GBV policy aims to ensure that adequate measures and procedures are readily available to employees to deal with any violence, harassment, bullying, threatening behaviour, criminal conduct or intimidation within the work environment. Any employee who is a victim of violence or harassment in the workplace, as well as any non-employee who is a victim of any form of violence or harassment by a Vodacom employee, may lodge a formal complaint with Vodacom.

The technology company will also investigate and take action against any reported incidents of violence occurring outside of the place of work. This is provided that Vodacom is of the view that the incident is of relevance to the employment relationship.

“Although GBV can often be less visible outside of the workplace, of those who have experienced domestic abuse, 94% say this has had a negative effect on their work performance. This is where we are taking a more comprehensive response to GBV by implementing internal procedures that aim to prevent GBV and support employees affected by violence in and outside of the work environment,”

The preventative measures emphasise Vodacom’s zero-tolerance approach to GBV, which saw the introduction of the domestic violence policy three years ago. Employees and their family members are able to take up to 10 days of paid leave in any calendar year for medical appointments, legal proceedings and other activities addressing domestic violence.

In other initiatives, Vodacom launched the zero-rated Bright Sky SA app and invested R4.5 million in digital skills training, which support and empower GBV survivors. Additionally, the technology company partnered with Department of Social Development to set up the national GBV Command Centre, to assist those affected by abuse. Vodacom South Africa also pledged R10 million to the private sector-led, multi-sectoral Gender-based Violence and Femicide (GBVF) Response Fund to support the implementation of the National Strategic Plan and GBVF response in the country.

“In the private sector, we have a huge role to play in contributing, encouraging and going further together in achieving a society that truly values equality, human dignity and inclusion. From implementing company polices that explicitly promote gender empowerment to collaborating with other organisations, government and individuals to tackle GBV, businesses can make a positive difference in building a better future for South Africa,”