"To meet the demands of an automated world, its necessary for automation manufacturers to adapt and provide value" - Andrew Crackett 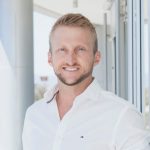 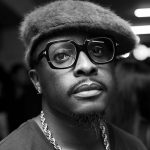 Automation has changed the world. A McKinsey Global Institute report predicts that the automation of different tasks can increase productivity by up to 1.4% annually. As a result, automation manufacturers need to adapt to the increasing demands of their clients and industries to help unlock their potential to do more.

For Yaskawa, one of the world’s largest manufacturers of industrial robots, the roadmap has been laid out and the company has already embarked on this journey. Labelled Vision 2025, the future is clear, with the path built on a solid foundation of meeting five key strategic objectives by 2025.

The first target is to expand the core business of motion control and robotics.

“This is all about providing additional value to our customers beyond products,”

“We want to focus on solution proposals for our motion control division where we partner with our customers to meet their industry specific requirements. Second, we aim to provide system solutions whereby robots can collaborate with humans, rather than just sell individual robotic units.”

The second target is all about evolution and Industrie 4.0, which is the German government’s term for what is commonly referred to as the Fourth Industrial Revolution.

“Yaskawa developed its own Industrie 4.0 concept known as i3-Mechatronics,”

“It can be broken down into three Is: integrated, intelligent, and innovative. The aim behind i3-Mechatronics is to integrate IT technology with products to evolve systems and enhance productivity in factories.”

It is through the use of i3-Mechatronics that Yaskawa believes it can propel its customers forward and closer to the Fourth Industrial Revolution.

The third objective goes arm in arm with Industrie 4.0. To make a significant difference and address the ever-changing landscapes, new automation products need to be developed and released.

“By collaborating and partnering with experts in the field such as the Japanese AI specialist XCompass, we will be able to develop new automation equipment that collects important production line data, such as when maintenance is due or if there are any faults in robot units.”

However, one of the most critical of Yaskawa’s objectives is the automation of food production, as the capacity to produce food faster becomes a concern for developing countries around the globe. While Yaskawa already contributes to the food manufacturing industry with its current products, there are two innovative and exciting initiatives that have launched in Japan.

“The first of these initiatives is known as agriculture automation, where we’ve developed a plant factory to cultivate and harvest crops,”

Crackett says, adding that Yaskawa is not starting an agriculture business but merely creating a facility to grow vegetables.

“The second is known as food automation, where we develop automation equipment for ready-made meal production processes.”

The fifth and final target involves the medical and welfare segment. Yaskawa is taking an approach that it refers to as “humanatronics”: the utilisation of mechatronics to improve the quality of human life.

“There are two primary areas to this, with the first being in the area of medical rehabilitation and assistance of bodily functions; specifically in how robotics can make an impact here,”

“while the second is in the research and development of the biomedical field, such as drug development and drug compounding.”

Undoubtedly, Vision 2025 is an ambitious project for Yaskawa, but the company understands it cannot succeed on its own. Therefore, it is partnering with other institutions and businesses that bring their key areas of expertise to the table.

“Open innovation is an important part of this roadmap for every company around the world. By working collaboratively and embracing the opportunities that technology affords us, we can not only add value to our customers but also to the world as a whole,”

Hennessy is bringing In The Paint to Johannesburg