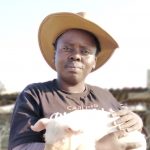 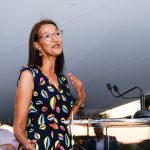 State capture, corruption, a failed insurrection, and a more critical look at the state of the nation will come under the spotlight when the 25th edition of the Time of the Writer festival brings together some of the brightest minds who have written novels about the subjects. Appropriately billed under the Festival’s Dinner Conversations, these are the matters that pre-occupy most South Africans and others concerned about South Africa’s fragile democracy.

Kicking off the series will be radio journalist Michelle Constant talking to Jonathan Ancer and Chris Whitfield about their book Joining the Dots: An unauthorised biography of Pravin Gordhan, an in-depth, insightful, gripping and satisfying read about a man who found the courage to stand up to the dark forces of state capture.

Pravin has been at the centre of many political storms that have torn through South Africa’s political landscape. He has been investigated by the Hawks, fired as finance minister, accused of running a ‘rogue unit’ at SARS and come up against the public protector, to name a few.

Seasoned journalists Jonathan Ancer and Chris Whitfield take a magnifying glass to someone at the centre of this tumultuous period to understand the man behind the public image. They go back to Durban in 1949, when Gordhan was born, tracing the significant events and influences that shaped his life and prompted him to become involved in politics as a pharmacy student.

The authors interview former fellow activists to build a picture of Gordhan’s role in the struggle, including his detention and torture. During this time, he worked closely with Jacob Zuma, the man who would become president and Gordhan’s nemesis and, on the back of a bogus intelligence report, fire him as finance minister.

The book examines why President Cyril Ramaphosa’s right-hand man has been dragged into major controversies and made enemies such as public protector Busisiwe Mkhwebane, Julius Malema and many of those associated with corruption.

Constant will also chat to Athol Williams (Deep Collusion), Themba Maseko (For my country). Mosilo Mothepu (Uncaptured) and Cynthia Stimpel (Hijackers on Board).

Deep Collusion uncovers the inner workings of state capture design. Williams takes the reader into the evidence that reveals the after-hours, behind-closed-doors planning meetings that took place to capture the State. While this book exposes greed and corporate corruption and lifts the lid on foreign profiteering and the weakening of South Africa’s public institutions, it also highlights the lonely burden of the whistleblower and the tremendous personal cost of telling the truth in the face of overwhelming pressure.

Themba Maseko’s For My Country is compelling and revelatory. It shows what it takes to stand up for one’s principles and defy the most powerful man in the country. In 2010, government spokesperson Themba Maseko was called to the Gupta family’s Saxonwold compound and asked by Ajay Gupta to divert the government’s entire advertising budget to the family’s media company. When Maseko refused to do so, he was removed from his position and forced to leave the public service. The life of this once-proud civil servant would never be the same again. In 2016, when the ANC called on members with evidence of wrongdoing by the Guptas to step forward, Maseko was the only one to do so. He was ostracised, slandered, and even threatened for this courageous act of whistleblowing. His book offers a rare insider’s view of the presidencies of Thabo Mbeki and Jacob Zuma and the inner workings of government.

When Cynthia Stimpel was appointed Group Treasurer of South African Airways, she thought she had found her dream job and that she would be at SAA for years. Her book Hijackers on Board is a very personal state capture story that shows how the bravery of one individual can change the course of history. Despite knowing that she might jeopardise her job and her family’s finances, Stimpel did not hesitate to tip-off Treasury and blow the whistle saving the taxpayer R256-million.

Mosilo Mothepu’s Uncaptured is a true account of her whistleblowing in the Negate / Troillian saga. Facing criminal charges and bankruptcy, unemployed and deemed a political risk, Mothepu experienced the loneliness of whistleblowing first-hand. The effect on her mental and physical health was devastating. In Uncaptured, she recounts this troubling yet seminal chapter in her life with honesty, humility and wry humour in the hope that others who find themselves in a similar situation will follow in her footsteps and speak truth to power.

“In the face of so much political betrayal in our fragile democracy, these whistleblowers, who put their lives and careers at stake for the sake of the country, are our new heroes. At the Time of the Writer, we wish to honour them and allow our followers to get to know them”,

said Ismail Mahomed, Director for the Centre for Creative Arts.

The Time of the Writer festival is presented by the Centre for Creative Arts at the University of KwaZulu-Natal. The festival takes place from 14 – 21 March 2022. The Dinnertime Conversations take place at 19:00 each time and can be viewed at on www.facebook.com/timeofthewriter or www.youtube.com/centreforcreativearts The Time of the Writer festival, now celebrating its milestone 25th edition, was the first South African festival to venture into the virtual space in March 2020, two days after President Cyril Ramaphosa had declared the national lockdowns to combat the Covid-19 pandemic. The Centre for Creative Arts scooped two nominations and an award in the Best Digital Creations category at the 2021 National Institute for Humanities and Social Sciences Awards ceremony.