"When you put people at the heart of your business, you'll quickly realise what works and what doesn't" - David Preston 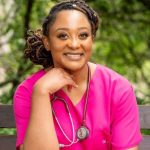 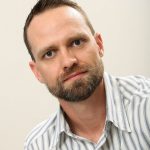 Building Personal Connections in the Era of a Disconnected Workforce

In August 2021, a record 4.3 million workers quit their jobs in the U.S. It’s a harrowing statistic that speaks to the phenomena known as the ‘Great Resignation’, which has seen employees from around the globe leave their jobs in droves during the pandemic.

As companies come to grips with this movement that is shaking businesses to the core, a mindset shift needs to take place where leaders go back to basics. With the constant industry chatter revolving around resource management and increased productivity, there needs to be an understanding that employees are people, first and foremost. It is about building honest personal connections with them, according to Canon South Africa Managing Director, David Preston.

“When I joined the company last year, I asked all of the managers to put forward the names of individuals they believed had the potential to take on more responsibility,”

“Taking these people, I formed three separate groups, with six individuals in each cluster. Then, every month, I’d spend an hour and a half to two hours with each group and discuss several topics raised by the group or by me.”

There were three rules for these sessions, however. One, the group could discuss any topic in the room, and it stayed there. Two, they didn’t discuss anything with other people outside of the group. And finally, they wouldn’t discuss any challenges they had with colleagues or line managers in the business since those were issues that should be raised with the human resources department.

Within six months, the sessions provided invaluable insight for Preston. He was able to understand the challenges that the organisation faced. However, it also afforded him the opportunity to discover how the group members thought and their decision-making processes. Several of these individuals were identified as being undervalued and underutilised in the organisation, so Canon South Africa recognised the importance to upskill and promote them.

Preston believes that investing time in building personal relationships is key to understanding people better. If a leader listens, the people will speak. It’s a simple concept, but it’s often overlooked in discussions about people development and employee engagement.

“People development is about recognising where the opportunity lies in individuals but also understanding where they want to go in their careers,”

“Conversation is a vital step in the process. You need to open an ongoing dialogue where people will feel comfortable sharing what they want to do and if they even want to be developed, because some individuals are comfortable exactly where they are. Once you understand what they want, you’ll be able to have the bigger discussion about which skills they currently have and what upskilling they require to reach the next step.”

At the same time, a good leader should know that upskilling people could result in them leaving an organisation, especially if there isn’t a role for them that matches what they want to do at. Unfortunately, that’s something that can’t be controlled or changed, but if a business shows it’s invested in its people for the long run, it does inspire them to stay where they feel appreciated and valued.

Preston maintains that a people-centric mindset needs to be entrenched in an organisation’s values charter and flow throughout all areas of the business.

“This has to be at the heart of your operations as it’ll determine how people relate within the business and with their customers as well,”

“It’s the responsibility of leaders to uphold these values and channel the message to the management team.”

Therefore, it’s essential to train managers in terms of the organisation’s expectations of them, Preston states. It needs to be made clear what it means and what is required to become a good people manager.

“Too often, organisations make the mistake of promoting people to positions of leadership but fail to state what the organisation and their people will expect of them,”

“They need to be empowered, too.” With the ‘Great Resignation’ and a disconnected workforce taking up all the business headlines, it’s more critical than ever to create powerful human connections at work. With people being social beings by nature, they tend to go or stay where they feel the most valued. And if time is the greatest commodity that everyone has, it’s only fair that businesses invest it back into the people who add purpose to the organisations.

Seamless communication is key to CX: Here’s what it should look like