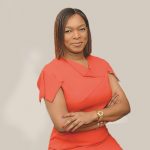 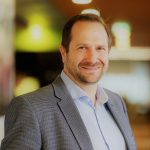 Fula Mobile app is a fast, efficient and reliable app that delivers fuel, food, and other necessities such as charcoal, ice, pies and sanitary pads directly to your door from the garage.

Fula Mobile has partnered with the most well-known fuel stations such as Engen, BP and Caltex. It has also partnered with some of the most popular fast-food restaurants and convenience stores such as Gemeli, Chicken Licken, Monaka Coffee, Kota King, Soweto Pizza Company and the fresh new skin care products called Alicia Skin Care Solution.

“This app is of convenience; one can easily forget their wallet at home and not worry about having enough fuel to get to your next destination because you can also request one of the service agents to come deliver fuel to you”

Fula Mobile app is already functional and available for downloads on smartphones and on platforms such as App store and Google play store.

Fula Mobile app was developed by Lubabalo Nojiwa who is the founder and CEO of the app.

Lubabalo Nojiwa is an entrepreneur, founder and CEO of Fula Mobile App, The app has been in the making for the past two years and it has launched for everyone.

Lubabalo is a tech specialist whose travels inspired the development of Fula mobile. He was born and bred in Gauteng but he is originally from Eastern Cape in Nqamakwe and holds a Bachelor of Architecture from Cape Peninsula University of technology.

Fula Mobile is committing to becoming a fully electric, zero-emission platform by 2040, with 100% of delivering fuel which will take place in zero-emission vehicles, on public transit, or with micro mobility.