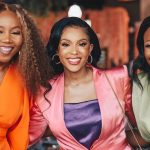 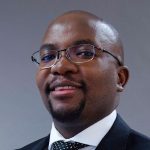 Recently foreign ministers from South Africa and other African and emerging economies met at the G20 Foreign Ministers Summit ahead of the G20 Summit for Heads of State in November.

In his speech at the Summit, UN Secretary General, Antonio Guterres, called on world leaders to support developing nations, saying,

“We need to work together to bring stability to global food and energy markets and support developing economies.” At the forefront of conversation at this year’s summit for Heads of State will be how the world’s wealthier nations can work with emerging economies to drive economic growth.  One driver of such growth is investment into businesses. Domestic savings are crucial for this.  But, according to the UN, in Sub-Saharan countries, “both national and private savings are low”.

For this reason, there is a significant reliance on foreign investment to drive the continent forward from an economic perspective.

Investors from other regions of the world still harbour some concerns about putting their funds into Africa. But, the fact is that it may currently be the best time for them to do so.

“Now, more than ever, emerging markets should be looking attractive to foreign investors. With the current sell-off in investments in the developed markets, emerging markets offer a greater attractiveness in terms of diversification. And, if selected properly, the returns can be appealing,”

With so much economic instability the world over, it is encouraging to see some positive signs of growth in Africa. As IMF data for late 2021 reflects, economic recovery in Sub-Saharan Africa was positively surprising with an upward revision in estimated growth from 3.7 to 4.5 percent, beating the expectation for far lower growth numbers. (This was the projection prior to the war in Ukraine, which may, however, have a negative effect on these numbers.)

In addition, South African economist, Roelf Botha, has highlighted a number of positive factors, including new records being set for South African exports this year.

For those investors keen to consider investing in businesses in Africa, there are particular sectors that stand out more than others. Greater access to internet connectivity, coupled with the pressing need for affordable financial services, has led to a great deal of innovation among entrepreneurs on the continent, reflected in the fact that there was more activity relating to investment for African tech start-ups in 2021 than ever before. In addition, it is clear that mobile payment solutions are in great demand across the continent, following the groundbreaking achievements of Kenya’s M-Pesa system.

Successes in the tech start-up sector have also been noticed by some of the world’s biggest players, such as Google. Last year the global giant announced plans to invest up to $50 million in African early- and growth-stage startups via its Africa Investment Fund, ramping up efforts to support more businesses on the continent. The tech giant intends to commit $1 billion over the next five years to tech-led initiatives in Africa.  In a similar vein, Twitter set up its first African base in Ghana during 2021, acknowledging the interest in social media platforms among the local population.

This sort of sector focus drives the decision about investments that investors based in Africa make.

It’s the case for Norsad Capital, for instance, whose CEO, Kenny Nwosu, explains,

These are industries that are meeting the demands of the market, while also providing opportunities for positive societal impact.

“Our purpose as an organisation is to build a better Africa by providing financing to mid-market growth companies that contribute towards the continent’s economic growth and improvement,”

The world of crypto has also found a solid home in Africa.

“Africa has, in many ways, been a leader when it comes to embracing both cryptocurrency and the blockchain technology that underpins it. In fact, Africa is the third largest cryptocurrency market globally (and the fastest among developing markets), with South Africa, Tanzania, and Nigeria leading the way. But the interest in blockchain isn’t limited to the buying and selling of cryptocurrencies. The continent is also home to a growing number of blockchain-based startups, looking to solve everything from financial inclusion and saving to the purchase of solar energy,”

A further factor for investors to take into account is that, where an investment firm has a presence in a particular country, they are more likely to have an in-depth understanding of the unique domestic conditions and challenges that apply, and so are more likely to be able to navigate around the risks that may put others off.

Businesses in developing countries are often seen as riskier than those in developed countries, but firms with a physical presence in these countries, working with growing local businesses, are well placed to overcome the risks. Investors would do well to work with these firms to assist them in evaluating risk and performance.

“Over the years, Spear Capital has identified many quality businesses for our Nordic and European clients to invest in – often they are in countries that may not be well run but this does not mean that the business itself cannot deliver,”

“With strong management teams, a skilled workforce, and a thorough understanding of the market, these businesses can deliver good returns and grow substantially in size and reach.”

Sectors that allow for job creation are also important for investors.

“Many of these industries also happen to be large-scale creators of employment and are critical to lifting people out of poverty and reducing inequality.”

The investment by Google  is significant, too, since it will allow for skills development and training in the tech start-up space