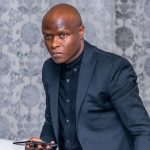 The partnership begins from the 2022/23 season, which will see the Citizens compete domestically in the Premier Soccer League as well as continentally in the CAF Champions League. FNB have engrained themselves in
South African sport for many years, uplifting and empowering athletes across sporting codes from grassroots to the highest professional level.

“It is an honour for Cape Town City FC to partner with a South African institution of this magnitude. FNB is one of the most recognisable brands in the country and has been a pioneer in strategic sporting partnerships. These types of sporting investments have shaped the growth and potential of South African sport and we laud the relentless desire and vision of FNB to play a critical role in South Africa’s rich sporting history and future. Football is the nation’s most popular sport both in active participants and viewers and we are delighted to connect football and FNB in a way never done before. Our brands are well-aligned, especially in terms of investing in the future well-being of our youth. This partnership allows Cape Town City to further expand the extensive work we do in our

local communities at grassroots level, as we develop our DreamClub100 project and refine the future football stars and ambassadors of tomorrow,”

“We are excited to sponsor Cape Town City Football Club as part of our proud legacy of supporting our country’s sporting talent from grassroots to greatness. Over the years, we’ve consistently invested in partnerships that foster social cohesion while also providing a platform for our local talent to showcase their skills. Football is the heartbeat of South African communities, and we’re thrilled to have an opportunity to delight fans on and off the field through our partnership with this incredible football club. As a trusted financial services provider with a strong commitment to social prosperity, our sponsorship is also designed to uplift communities across the Western Cape,”

In the past six seasons, the Citizens have had impressive statistics including reaching four major cup finals in the club’s and winning two of them. In the 2022/23 season they will venture into the CAF Champions League for the first time in club history – a feat marking the monumental rise of CTCFC since 2016. FNB will partner with The Citizens for the next three years.