Dr. Nokuthula Mazibuko Msimang is a Writing and Research Artist Fellow at the University of Pretoria 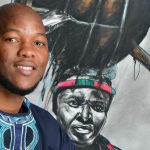 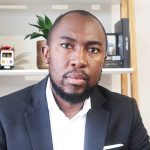 The book is based on the author’s own experiences about a time when her father Fanyana Mazibuko, then a teacher at Morris Isaacson High and a freedom fighter, was placed under house arrest by the apartheid state during the 1970s and 1980s.

This slice of Soweto history is brought to life by Samantha Van Riet’s moving and magical illustrations. The book is published by New Africa Books, and will be launched on June 16th 2022 at Book Circle Capital – 27 Boxes Mall in Melville 4th Avenue 2pm to 3pm. Copies are available at Book Circle Capital and at www.ethnikids.africa

Dr. Nokuthula Mazibuko Msimang is a Writing and Research Artist Fellow at the University of Pretoria’s Future Africa Institute. Over 25 years Mazibuko Msimang has worked as a writer, academic, producer, and broadcaster creating values based content for young and old audiences/readers on multiple platforms. She is part of the Puku Children’s Literature network where she consults on Special Projects. Her academic work also entails supervising Masters students at AFDA – The School for the Creative Economy.

Her books for young readers celebrate positive cultural and social values; and encourage self-love, confidence, courage and resilience. In 2003, she was awarded the Bessie Head writing fellowship, which enabled her to complete and publish the collective biography, Spring Offensive.