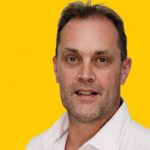 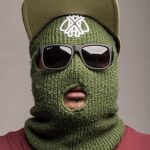 Today, Vodacom announces that it has achieved the highest score of Level 1 contributor towards Broad-Based Black Economic Empowerment (B-BBEE) for a fourth consecutive year. The achievement is the result of Vodacom’s unwavering commitment to the ideals of B-BBEE, aimed at attaining economic transformation for historically disadvantaged people.

Additionally, Vodacom Group (which comprises of the consolidation of all locally owned subsidiaries) retained its Level 1 B-BBEE status for the third consecutive year.

“This is a fantastic achievement that clearly demonstrates our strong commitment to the transformation agenda and is testament to our commitment towards the transformation of this economy. For us at Vodacom, B-BBEE is not something we do to get points. As a company with deep local roots, we fully embrace transformation and its ideals which, among other things, aim to provide women with equal work opportunities so they can contribute meaningfully in the mainstream economy.”

Some of the contributors to the new score of Level 1 B-BBEE status include:

As part of Vodacom’s commitment to continuous employment through skills development of its employees, the company invested R296 million in skills development. The investment takes into consideration amongst other costs, internal and external bursaries, training of staff members, graduate and learnership programmes, training of youth across the country through the Youth Academy. For instance, of the 165 learnerships opportunities it created, it ensured employment of 109 candidates on a full-time basis for the year, of which 53 were employed into the company. Just over R16.2 million was spent on skills training for black people living with disabilities.

On Management Control (Board), Vodacom improved the gender profile of the board of Vodacom (Pty) Ltd, which now is made up of 80% B-BBEE black board members and 50% being black women board members.

On preferential procurement, Vodacom spent R45 billion on all suppliers with B-BBEE status. SA’s leading mobile provider spent R17.5 billion to greater than 51% black-owned suppliers in addition to the R18.5 billion the company spent on suppliers that had greater than 30% black women ownership. It also paid out R2.1 billion to black SMME suppliers within less than five days of invoice during the 2021/2022 financial year. This demonstrates Vodacom SA’s commitment to the survival and sustainability of black SMMEs.

A focus on enterprise creation and development is key to the ICT sector. In the past financial year alone, Vodacom’s total investment in enterprise development amounted to R405 million.

As an active corporate citizen, Vodacom is a pioneer of social transformation through ICT. In the past financial year, the company invested over R199 million in community projects to transform the lives of black people through the Vodacom Foundation.

“We are serious about the transformation agenda and the development of South Africa and we won’t be deterred in our resolve to play an active role in moving South Africa forward by driving meaningful and sustainable transformation programmes to afford historically disadvantage people the opportunity to participate in the mainstream economy,”