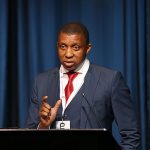 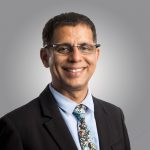 The appointment follows a thorough recruitment and selection process completed by the Board.

Arrie, who is currently Chief Executive of the Group’s retail and business banking (RBB) unit, is the first internally appointed CEO since 2006. He has more than 25 years’ banking experience, which includes serving as the Group’s Chief Risk Officer, simultaneously providing executive leadership for the Group Separation Programme and Group Strategy Office. His extensive experience in the banking sector, his in-depth knowledge of Absa through several executive roles over the years, and his experience and strengths in strategy development and execution for the group, positions him ideally to lead the Group at this time.

“On behalf of the Board, I am delighted to announce the appointment of Arrie as our Group CEO. I am confident that his leadership will provide the continuity and stability necessary to consolidate our purpose and strategy.  I know that the Group is in good hands under Arrie’s executive leadership as I hand over the reins of the Board Chairmanship to Sello, who takes over on 1 April 2022.  I would like to thank Jason and Punki for their significant contributions as Interim Group CEO and Interim Financial Director, respectively, during which time the Group’s positive operational momentum was maintained. I am pleased to be handing over the Chairmanship to Sello, with the Group in very good shape, having delivered record results for 2021 and with strong capital and liquidity ratios.”

“Arrie’s appointment will anchor our performance and growth, as we consolidate our position as a leading financial services provider on the continent. Arrie is aligned with the Board on our organisational imperatives, including talent management and transformation. The Board looks forward to working with Arrie and the executive to ensure a Pan-African financial services Group that creates sustainable value for all its stakeholders.  Furthermore, I look forward to continuing to work with Jason and Punki and thank them and the Exco for such strong delivery over the last year, which has placed the Group on a solid footing for the future.”

“I am humbled and honoured to lead Absa during challenging conditions locally and internationally. I am excited at the prospect of working with a talented and diverse team, leading an outstanding business that is positioned to seize the many opportunities that lie ahead. I look forward to working with the Board and the Executive in consolidating our strategy and performance, driving organisational and cultural transformation, and delivering financial and social value for all our stakeholders, and sustainable future growth and returns for Absa and its shareholders.”

Punki Modise will step down as Interim FD of Absa Group and Absa Bank and as an executive director of the Boards, with immediate effect. She will take the position of Interim Chief Executive: RBB and remains on the Group Executive Committee (Exco).

An accomplished banker, Arrie has contributed to the industry through his board executive membership of the Banking Association of South Africa (BASA), board memberships of Woolworths Financial Services and other related industry bodies, locally and internationally, in addition to serving as the current Chairperson of Ford Financial Services.