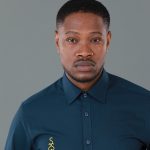 Business needs to meet the younger generation where they are at

It is well known that young people are considered higher risk when it comes to vehicle insurance. Drivers under the age of 25 often find that their insurance premiums are higher because, as a group, they claim more frequently than older age groups. This has, of course, left many young people disillusioned with insurance companies – especially over the last two years as a lot of young drivers have found that they don’t drive as often as they did before.

It should come as no surprise then to find that usage-based insurance (UBI) has been on the rise among this age group for a number of years. A study conducted by global market research firm, Acumen Research and Consulting, estimated that UBI would reach a market value of $190 billion by 2026. A previous estimate had put that number at a much lower $2.21 billion by 2020.

Locally, MiWay Insurance noted this increased interest in UBI and launched MiWay Blink a year ago. This was, of course, also motivated by the fact that people are home-based more than ever before and not using their vehicles as often as previously assumed.

“We wanted to offer young people especially the chance to pay less on their premiums based on usage,”

As a result, the insurer has found that Millennials and Gen-Z generations – people who are under 40 years of age – are generally more comfortable with sharing information concerning their daily movements with their insurer – they already share a part of their day-to-day life on social media.  These are the generations that have embraced UBI more than others.

“Our data from the past year since we started the business shows that clients who work from home at least one day a week get an average of 26% of their premium back when they redeem their cashback because we reward them for driving less,”

“Insurance companies are often looked at as being old and staid, but we wanted to meet the market where they are at – and that was at home.”

MiWay Blink also offers their clients the ability to self-inspect their cars.  The admin of driving to an inspection centre to get a vehicle assessed is not high up on the priority list of young people – and simply not feasible for many of them during business hours. Millennials and Gen Z are spread thin with one in five working at least two additional jobs in order to afford the ever-increasing cost of living.

“Given the time constraints of this younger generation, we offer self-inspection and self-assessments where our clients can take photos of their damaged vehicle after an accident and send them to us. This gives our clients at least an hour of their time back,”

“We are also seeing that close to 50% of clients obtaining quotes on our website and app do so outside of business hours – once again speaking to the busy lives of this generation.”

“If businesses want to thrive in a world where Millennials and the Gen Z generation are set to make up most of the working world by 2025, then we need to adapt to their needs and offer them more convenient ways to get jobs done”