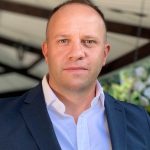 A handful of lucky creatives got the opportunity to learn from the best creative minds in Africa through the exclusive MultiChoice Talent Factory (MTF) Masterclass being held in East London this week and in partnership with the Eastern Cape Provincial Arts and Culture Council and Department of Sport Recreation Arts & Culture.

The 2022 edition of the MTF Masterclass was launched on Tuesday and offers access to expert-led skills workshops in the film and television industry, while addressing concerns such as accessibility, opportunity, and quality in local productions.

“The Eastern Cape is known for its excellence in the creative space; some of the best scriptwriters, producers and film directors we have in this country and continent hail from this province which is amazing to see. As government we are working to ensure that they tell their stories here in the Eastern Cape,  this is essentially what birthed the partnership with MultiChoice,”

“The Masterclasses also allow creatives who are not able to attend prestigious tertiary institutions another avenue to learn and sharpen their skills.”

The East London based Masterclasses are being held from 9 – 11 February and will see designated participants receive one-on-one learnings from industry experts such as actor and scriptwriter, Chris Q Radebe, renowned director Bobby Heaney, young film maker Panchelo Gasela from Gasela Bros Pictures and the Producer and Co-founder of Seriti Films, Kutlwano Ditsele.

“Film, and in particularly the cinematic experience, is an artform that is denied to so many people living in rural areas. We must think about how we take film production to the masses, so that we are able to better tell the stories that need to be told.”

In a bid to amplify African storytelling, MultiChoice has expanded on its local content spend and is going deeper to explore untapped languages, cultures and stories.

“We are committed to the future of the film and television industry in South Africa. To stay at the top of our game, we need to ensure that we constantly develop the skills of future talent,”

“We are certain the participants will find the Masterclasses both insightful and exciting.”

For more information on the MultiChoice Talent Factory and the Masterclass programme, click here.

How far away is the public sector from reaching its ‘digital destination’?

How businesses can ensure their relevance in a decade’s time