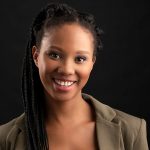 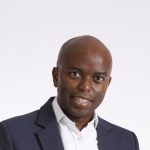 After last week’s live Sunday eviction show saw two new housemates join the Big Brother Mzansi season 3 house and no one leaving, this past Sunday was a double elimination, with Rethabile Potsane aka Dinkybliss and Mvelo Ntuli voted out of Biggie’s house.

“the Housemates were just intimidated because they could see that I’m powerful. I’m unpredictable like the weather and I’m nobody’s friend.”

“It’s a bittersweet moment, but it’s the nature of the game.”

When asked which Housemates he would miss, his candid answer was “nobody”. Yikes! In a tense and eventful week, Terry became head of house, with Themba becoming her deputy.

In a twist, they were the only ones allowed to nominate who was up for eviction – no pressure! In addition to Mvelo, Dinkybliss, Mphowabadimo, Norman and Gash1 were also up for eviction this week. In a controversial decision, Acacia was saved from nomination by Terry.

Earlier during the live show, Maleka asked the newest Housemates about their first week in the house. Nthabii described it as “so far so good”, while Vyno said he was “very comfortable” in the house. If this week’s drama-filled eviction and the events leading up to it are anything to go by, nothing is guaranteed in the BB Mzansi house. With 17 people left to fight it out for the R2-million grand prize, there is promise of more drama as we get closer to the final.

Big Brother Mzansi season 3 is broadcast live 24/7 on DStv Channel 198. There is a daily highlights show on Mzansi Magic (DStv channel 161), Tuesdays to Fridays at 22h30. Sunday eviction shows are broadcast on Mzansi Magic at 18h00.

Retirement Annuity on App’ lets you apply in under three minutes