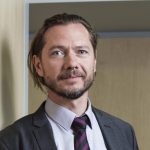 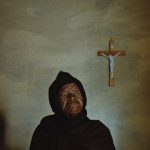 To kick off the new year, The Official South African Charts (TOSAC) is delighted to announce that eligible streams from YouTube have been added to the aggregation of its singles streaming charts from the first week of January 2022. With the inclusion of YouTube, TOSAC now reflect about 90% of all music streamed through legitimate digital platforms in South Africa.

The IFPI and Youtube framework will see views from logged-in users of official music content eligible for inclusion. As is the accepted practice with other streaming services included in the charts, only consumption of longer than 30 seconds is registered. Views of official content which have been generated by advertising campaigns on the platform (known as “Ad views”) are not included. Provided they meet the above criteria, views from both the subscription and ad-supported tiers of YouTube are eligible.

South Africa is among the first markets in the world to make use of this new framework along with Australia, Spain, Germany, Brazil, Mexico, Indonesia and the Philippines.

TOSAC, under the auspices of the Recording Industry of South Africa (RiSA), went live on 1 September 2021 with three digital streaming platforms of Spotify, Apple Music and Deezer. The local and international streaming singles charts are aggregated by BMAT music technology company.

“We are proud to add YouTube Music to TOSAC as the fourth digital streaming platform. We continue to strengthen our offering to ensure that its validity and integrity can never be questioned. The fact that we now cover 90% of all music streamed through legitimate digital platforms is a big deal. Also, South Africa proves to be a world leader as it joins seven other countries as the first markets to implement YouTube Music aggregation. We remain humbled and thankful for the support we receive from IFPI and our service provider BMAT as well as our local partners and stakeholders, including the music-loving South African audiences.”