"This platform, initially driven by the need for contactless payment solutions during the pandemic, has proven to be a critical enabler for merchants," - Chipo Mushwana 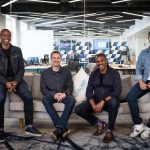 From now on, new functionality on Nedbank’s PocketPOS app will enable small and medium-sized businesses to scale up their operations to sell higher value items and accept American Express Card payments.

With the new tap-on-phone feature, businesses will be able to accept card transactions over the R500 limit, enabling their customers to tap to pay with their contactless cards and enter a PIN on the merchant’s phone. PIN input will be required with normal contactless transactions if the amount of the purchase is above the cardholder’s verification limit. In addition, businesses using the new tap-on-phone mobile payment solution can accept American Express payments, providing customers greater choice.

“Not only does this game-changing functionality facilitate safe and hygienic trade, but it also opens the door for established merchants or anyone to set up a new venture simply by using their smartphone as a payment device.”

“During the current economic crisis, there is a need to enhance and add payment solutions that are cost-effective to facilitate trade and business growth,”

Nedbank launched tap-on-phone in partnership with Mastercard, Visa, Synthesis, and iVeri in 2020. Since then, the app has empowered businesses to accept card payments with the tap-and-go function via their smartphone and builds further on Nedbank’s successful PocketPOS payment solution, which was also the first mobile card reader of its kind to be launched in South Africa in 2013.

Tap-on-phone simply requires an Android device that is Google-enabled, running version 8 or newer, and is NFC-enabled. This makes the functionality especially valuable for small, medium and micro enterprises (SMMEs) and informal traders that could not previously accept debit or credit card payments.

The tap-on-phone functionality has been developed by Synthesis and robustly tested by Riscure, an external and payment card industry recognised lab that specialises in mobile security testing.

The card PIN entry is encrypted and not accessible to anyone who has access to the app or device. Furthermore, PIN-on-phone entry will not be allowed if the device has any software that can screen-scrape or view the entry of PIN on the phone. Screenshots or video recordings cannot be made of a PIN on a phone transaction.

‘While convenience has been a key driver of innovation, security has received just as much attention. As the financial service provider that does good, we place the highest priority on our customers’ safety online, as well as in their day-to-day businesses,’

The two new tap-on-phone enhancements (American Express Card acceptance and functionality to accept card transactions over R500) have been in pilot and are available to the broader market to utilise immediately. Business owners can also look forward to additional tap-on-phone capabilities launching in early 2022.