“It’s been 50 years and we’re still here. We know who we are, because of where we’ve been. Let’s celebrate and be happy” 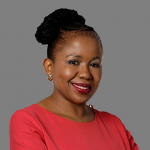 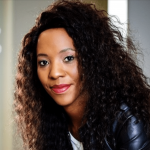 KFC has big plans to celebrate with the people who make KFC, KFC – The KFC family. In time for Ke Dezemba vibes KFC has launched their bespoke Birthday Anthem collaboration, ‘Masonwabe’, produced by chart-topper Zakes Bantwini featuring vocals by the legendary Mafikizolo and the song itself was created especially for and by the KFC team members nationwide. After all, what’s a birthday celebration without a song?

KFC asked their 35 000 plus team members, across SA to share their own personal inspirations about what KFC means to them and hundreds of submissions flooded in.

The songwriters, Zakes Bantwini and Theo Kgosinkwe of Mafikizolo used the lyric submissions from the over 970 KFC restaurants across the country to compile the lyrics of the ‘Masonwabe’, meaning ‘Let’s be happy’. The lyrics aim to embrace the common feelings about KFC that came through from the team submissions; the profound feeling of being happy together, a place to call home, a place of growth, acceptance, and a family.

“KFC has been a part of Mzansi family celebrations for decades, bringing happiness and hope to the table for so many. To have been a part of their big 50th celebrations has been a career milestone for me, and I am proud to have worked on this iconic partnership. I dream of this song being sung in homes and sports stadiums across SA.”

To ensure the heart and soul of the KFC team passion was represented in the celebratory music video, KFC also asked team members to audition for a chance to feature alongside the popular artists in the official music video. From across the country, hundreds of audition videos flooded in as team members showed that serving up the Finger Lickin’ Good’ KFC meals was certainly not their only talent. Ten of KFC’s All-Star performers were selected to help bring the Feel-Good KFC passion to the music video.

KFC Marketing Director Suhayl Limbada said: “Turning 50 in South Africa means so much to us at KFC, but more than anything, it’s an opportunity for KFC to thank those who have made the iconic brand what it is today; our team members who have helped serve up our ‘Finger Lickin’ Good’ Original Recipe meals for over 5 decades. We hope the ‘Masonwabe’ song is a worthy expression of our gratitude to our KFC family, both those serving Mzansi in our restaurants and to our fans.”