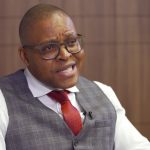 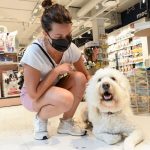 Tyme, one of the fastest growing digital banking groups globally, has successfully secured investments from Tencent and CDC to complete its US$180 million Series B capital raise. The investment from Tencent and CDC is pegged at an additional US$70 million. Tencent is a world-leading internet and technology company based in China, and CDC Group is the UK’s development finance institution and impact investor.

Tyme, which has its roots in South Africa, is using the US$180 million it has raised to fund and grow TymeBank in South Africa and to fund GOTyme in the Philippines, where it has secured a digital bank licence in partnership with the leading Filipino conglomerate, the Gokongwei Group, with the possibility of further international expansion.

The first part of Tyme’s Series B raise concluded earlier this year when it secured US$110 million from Apis Growth Fund II, a private equity fund managed by Apis Partners LLP, and the Gokongwei’s JG Summit Holdings (JG Summit).

The investments will enable Tyme to use its digital infrastructure to accelerate the rollout of financial services to TymeBank’s historic mass market customer base. The two investor’s capital and expertise will also be used to improve Tyme’s ability to manage risk and support Tyme’s expansion into markets where CDC has a presence.

CDC’s investment in Tyme in South Africa is part of its strategy to support businesses that provide vital infrastructure, such as digital financial services, to traditionally underserved groups.

TymeBank, which is one of the world’s fastest growing digital banks, has acquired four million customers in 32 months, with noticeable acceleration in its acquisition rate. The hybrid model of digital banking and physical service has made banking accessible to South Africans across the economic spectrum. It has well established partnerships with national retailers Pick n Pay and Boxer as well as the largest church in South Africa, the Zion Christian Church. It also recently partnered with leading fashion retailer TFG, The Foschini Group (subject to regulatory approvals where applicable), to diversify its customer base into higher income segments and to provide a viable pathway to responsible consumer lending.

TymeBank has continued to expand its offering, having recently launched its buy-now pay-later product, MoreTyme; a number of value-added services including the ability of customers to be paid their salaries a day early; and various off-balance sheet products such as insurance. It has maintained high levels of customer satisfaction as well as high levels of price and savings rate competitiveness throughout its growth trajectory. Most new TymeBank accounts are opened at kiosks; the bank has, however, experienced a marked increase in accounts being opened online and well as a progressive shift from cash deposits to electronic transfers. It currently holds R2.8 billion in deposit balances, all from consumers and sole proprietors, and has taken in R33 billion in gross deposits from the public since the onset of the pandemic in March 2020.

“This is a very welcome investment from Tencent and CDC. It is a clear vote of confidence in our digital banking offering as well as our leadership teams in South Africa, Singapore, and the Philippines. Tyme’s global footprint now includes a product development and engineering hub in Ho Chi Minh city, Vietnam and banking businesses in South Africa and the Philippines. We have successfully attracted a team of skilled people, which includes over two hundred engineers, and established strategy, business development, data, analytics and Artificial Intelligence (AI) functions in our global headquarters in Singapore.”

The investment by Tencent and CDC represents a strong endorsement for both TymeBank – as one of the world’s fastest growing digital banks – and for South Africa’s banking sector overall. TymeBank is fully regulated and held to the same standards of safety and security as all other banks in South Africa. TymeBank is the first bank in South Africa to be operated fully off a cloud-based infrastructure network. It was also the first bank to be granted a commercial banking licence since 1999.

“This is a momentous event for TymeBank. We look forward to continuing to demonstrate our strong strategic and execution capabilities to all our investors and to benefit from the deep global expertise that Tencent and CDC have accumulated through a multitude of investments in digital businesses. We are equally excited about the opportunity to pursue the synergies that exist between all our investors and partners, ultimately to ensure added value for our customers.”

“The ability to attract investors of this calibre is a testament to the strength of Tyme’s value proposition, and its management. The success of TymeBank in South Africa is an example of the innovation of Tyme’s financial services offering as evidenced in our business model. We look forward to a long, successful relationship with Tencent and CDC.”

Tyme’s strategy is to embed banking in people’s everyday lives, making it an integral part of shopping and business experiences. This is particularly important in a country with an unbanked population of over 70%. The build-phase is currently underway in the Philippines, and Tyme is on track to launch in the third quarter of 2022. It is aiming to leverage its partnership with JG Summit and its retail ecosystem.

The finalisation of the investments is subject to conditions precedent and regulatory approvals, which are normal for transactions of this nature.