“We saw a gap in the market when it came to pet care and following the great customer response to the first Petshop Science" - Willem Hunlun, COO of Checkers 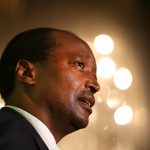 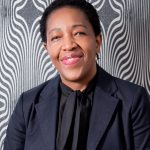 Checkers, the first South African supermarket to launch a pet shop, has opened its 10th Petshop Science store in just seven months and will have 12 standalone stores by the end of the year.

This follows the recent openings of the first standalone Checkers Little Me baby store, the smaller format Checkers Foods store as well as the new MediRite Plus.

The specialist Petshop Science stores feature everything pet owners could want or need, at supermarket prices.

“we’ve been hard at work rolling out more specialist pet shops. Our aim has always been to bring customers everything their four-legged companions could want and need – at supermarket prices.”

The tenth Petshop Science store opened in Eden Meander in George on 6 December, with two more stores opening in the Western Cape (Table Bay Mall in Sunningdale) and KwaZulu-Natal (St Johns Centre in Pinetown) in mid-December.

These are the Petshop Science stores currently open in South Africa: