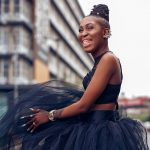 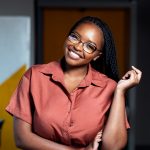 Ntumi Kondile is an experienced marketer with a demonstrated history of working in the wine and spirits industry. He works at Pernod Ricard and he is the spanking new Ballantine’s Scotch whisky brand manager.

We caught up with Ntumi at the the Ballantine’s Stay True: There’s No Wrong Way event which took place in Pretoria, he briefly spoke about his role as the brand manager and also share some insights on Ballantine’s as well as career some tips.

The world’s second-largest Scotch whisky brand Ballantine’s is here to turn up the volume in the music lane with the 2.0 level of There’s No Wrong Way to Remix campaign. Built off the success of the first instalment with Stokie it was quite clear that a 2.0 is imminent.

Ballantine’s is the No.1 Scotch whisky in Europe and the No. 2 Scotch whisky in the world with the range selling over 70 million bottles a year worldwide. Ballantine’s has won more than 130 trophies and medals at international competitions in the past 10 years for its outstanding quality, as a result of its unique richness of character and perfect balance. The range, from Ballantine’s Finest to the exclusive 40-Year-Old, is the most extensive in the world of Scotch and is maintained by Master Blender Sandy Hyslop, continuing the brand’s tradition of Master Blenders that dates back to 1827.